A modification to the BalloonSat Recording Photometer expanded it's capabilities to function as a Photopolarimeter. A Photopolarimeter is a device to measure the intensity of light in different wavelengths and their amount of polarization. Most people are familiar with the fact that the brightness of light varies throughout the day, but not to the fact that the sky polarizes sunlight and how it can change throughout the day. The images below show how sky brightness varies as a Polaroid filter is rotated 90 degrees. 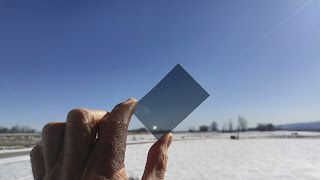 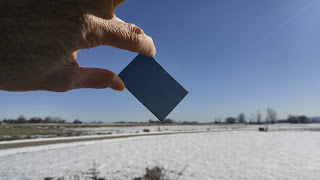 The experiment run at NearSys Station on February 11, 2017 was an attempt to detect both changes in polarization and intensity of sunlight in the eight different spectral bands listed below.

Polarization was measured in the North-South direction and then the East-West direction by comparing the intensity of sunlight in the above eight spectral bands as a polarizing filter was rotated over the light sensors. During the experiment, the Photopolarimeter was pointed due south and at an elevation of close to 45 degrees.

Here are some things to notice.

1. From sunrise to 10:00 AM, sunlight has greater polarization in the East-West direction than North-South direction. At 10:00 AM, the sun was located at an azimuth of 133 degrees (southeast) and elevation of 19.5 degrees.

3. From 1:00 PM to 4:15 PM, sunlight has greater polarization in the East-West direction than North-South direction. At 4:15 PM, the sun was located at an azimuth of 230 degrees (southwest) and elevation of 17.2 degrees.

4. After 4:15 PM, sunlight has no preferential polarization. 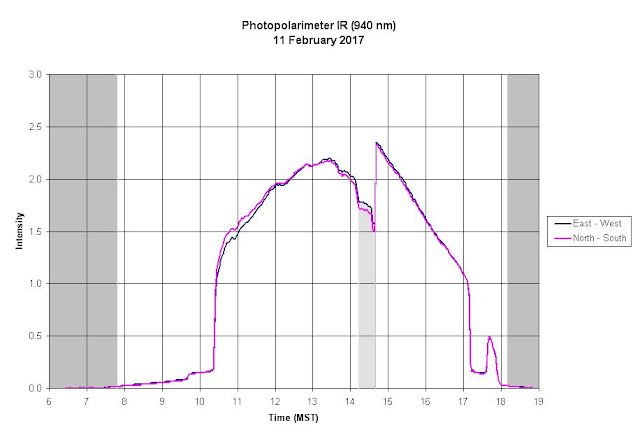 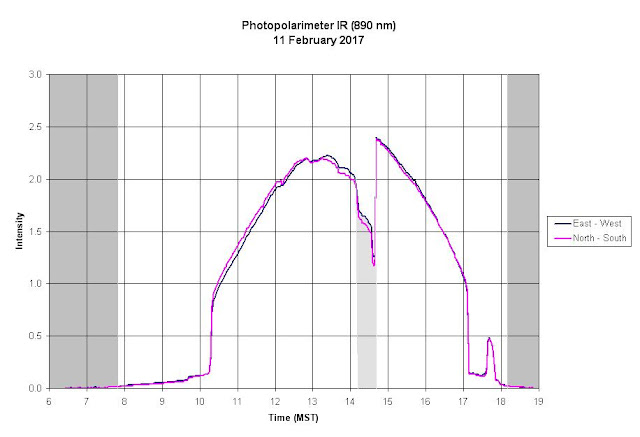 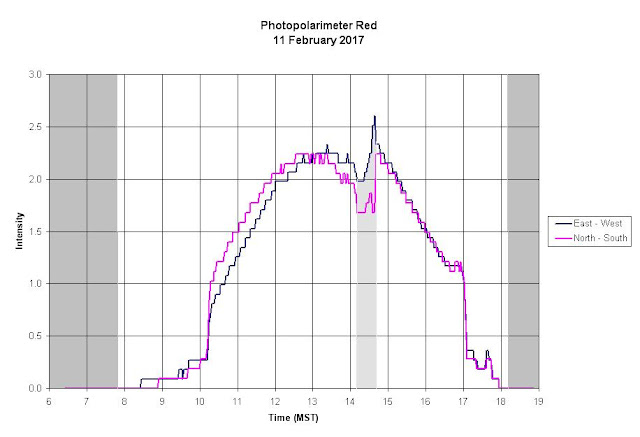 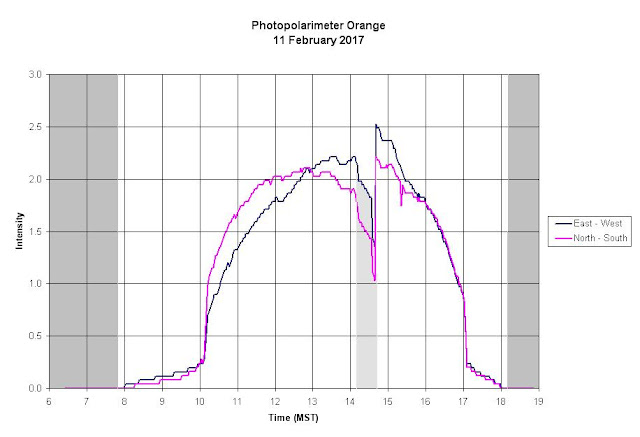 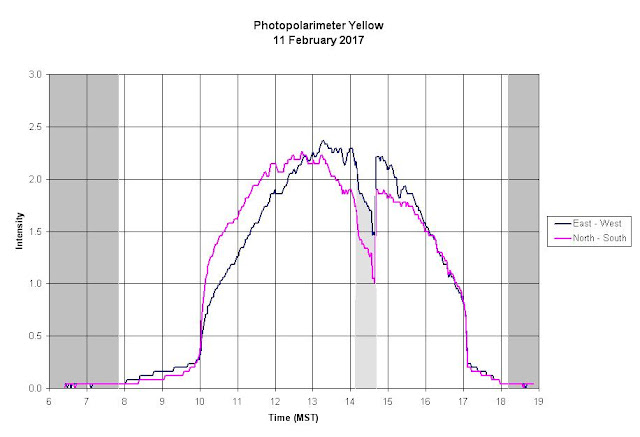 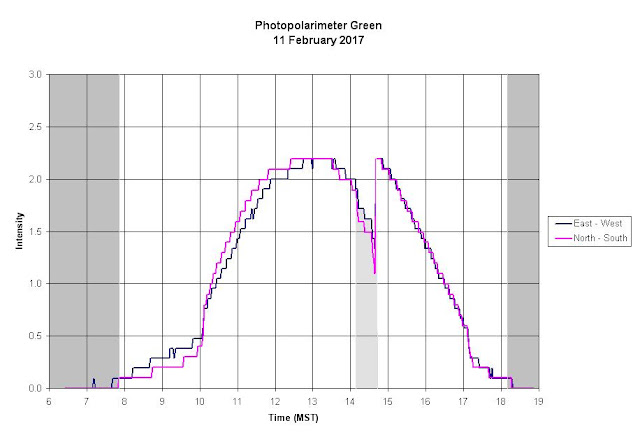 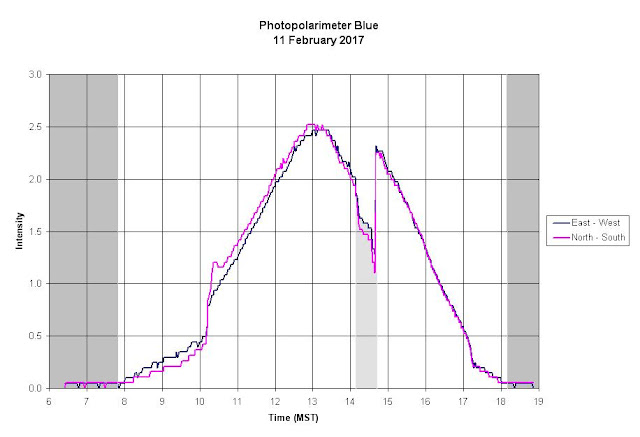 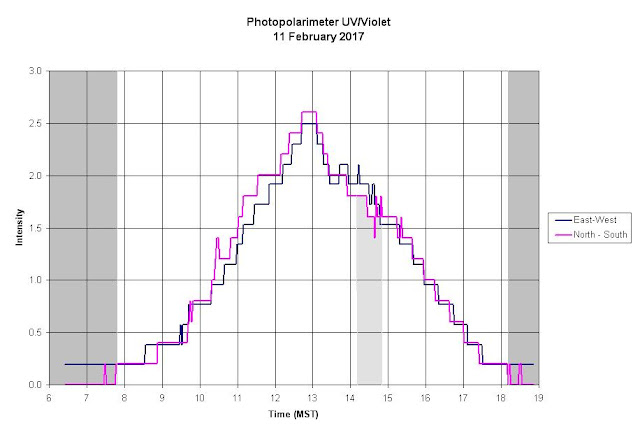 An Update
After a discussion with Mr. Forrest Mims, I came to realize that Polaroid film is designed to be most effective at particular wavelengths. Since the Polaroid film I used is designed for eyeglasses, it should be more effective in the green-yellow portion of the electromagnetic spectrum (where human eyes are most sensitive). That may explain the greater polarization seen by the green and yellow LEDs.

So off to find new polarization films.

You can read what Mr. Mims is up to at his website, forrestmims.org.