After gluing an airframe together, wrap it in tape. I use a thin colored tape used to wrap styrofoam gliders. By wrapping the airframe, you put tension in it to keep the sides together. Glue can keep the sides from sliding relative to each other, but tape puts the inward force on them that helps keep them together.

Avoid aluminum duct tape as it adds unnecessary weight and creates a heat shink to draw heat out.
Posted by NearSys LLC at 2:33 PM No comments:

I'm about to test an extreme version of a BalloonSat flight computer. It uses a BS2p and a MAX186 (12-bit ADC) and will run many more experiments than is normally on a BalloonSat. This is for a BalloonSat where multiple teams design experiments and share computing resources. It includes a GPS port for any experiment wanting to knowthe time/altitude All it needs is a radio/TNC to be a full up flight computer with tracking capability.

I envision tis being used by an entire classroom.
Posted by NearSys LLC at 12:54 PM No comments:

Cellfoam 88 comes in multiple thicknesses. I found 3, 5, and 10 mm sheets at the Hobby Lobby. Not only that, but at least in Kansas, the store is having a sale. I got some wood for robot bodies at 50% off.

There's a tape for gluing Cellfaom 88 together. Don't use that for a BalloonSat airframe, instead use a bead of hot glue. Then cut out any ports and openings. Afterwards you can wrap the airframe in thin colored tape.
Posted by NearSys LLC at 9:23 PM No comments:

ARBONET has been recovered. It landed in Redfield, Kansas and is on it's way back home.

I've finished the initial design of a flight computer that incorporates a radio. Just plug the GPS in and you're ready to go. I hope to get a test board sent to BatchPCB within a week. I call the design the NearSys UltraLight.
Posted by NearSys LLC at 2:28 PM No comments: 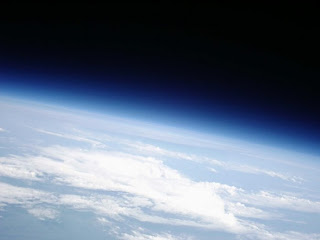 Tomorrow begins the ninth annual Great Plains Super Launch. I hosted the first two and am now doing it again. The first GPSL (in 2001) was a single day event and launched three weather balloons. This year is another first. It's three days old, we have a tour of Garmin, and we're watching the Topeka Premiere of the movie, Blast!

Mark Conner is predicting great weather for Saturday's launch. I'm really looking forward to GPSL this year. I'm the only person to attend them all.

Onwards and Upwards
Posted by NearSys LLC at 1:01 PM No comments:

Now that I've created a Wiki and a Blog, I see a few difference between them.

Blog's have very much a single direction. I post updates to them for people to read. While people can make comments, their input is not as significant as my initial posts.

Wiki's are very bi-directional and collaborative. Regardless of who creates an entry, everyone is treated as an equal. in fact everyone is expected to add input equally.

How would I use Blogs and Wikis?
I would use a blog to post information, notes, link, and videos to my students. If they have a question, they could make a comment. But notice the blog is very teacher centered.

I would set up a wiki for teams of students to talk to each other. It allows them to collaborate and learn together.
Posted by NearSys LLC at 1:22 PM No comments:

Here's a short clip of my environmental chamber. It's a cheap way to test instruments and experiments for the cold, vacuum, and radiation in near space.

Demonstration of a CheapBot Robot

First post. Look for news about astronomy, near space, and robotics from NearSys
Posted by NearSys LLC at 11:22 AM No comments: