We had clear skies all day. So no drops in sky intensity due to clouds. However, there still is that midmorning and afternoon peak in a few channels. 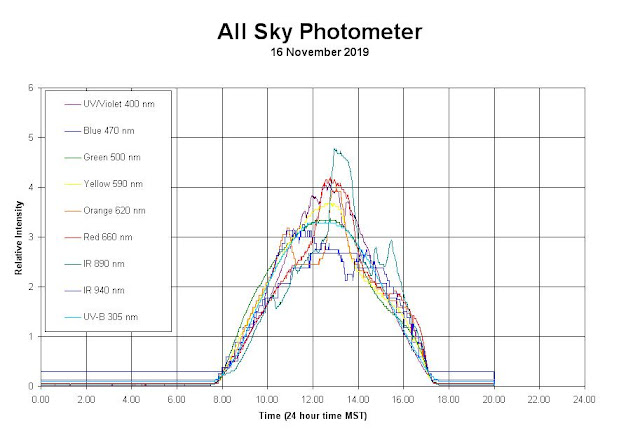 Posted by NearSys LLC at 6:34 PM No comments:

The air quality was more dangerous this week the larger the particulate matter's diameter. We were in the green all week but 1.0 micron, got into the yellow for 2.5 micron, and into the red for 10.0 micron particles. 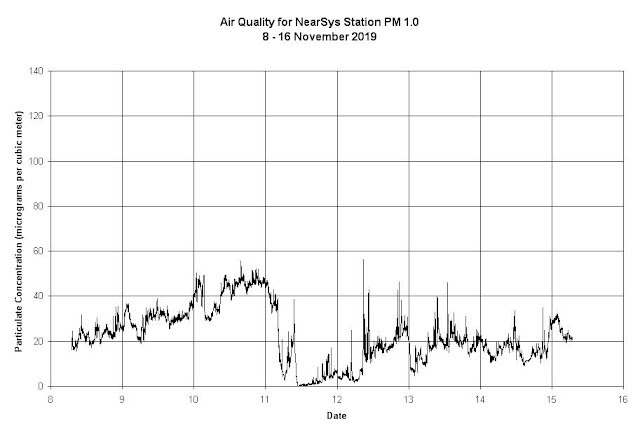 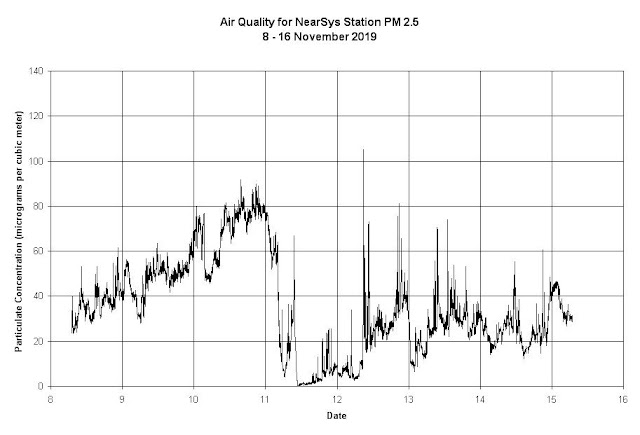 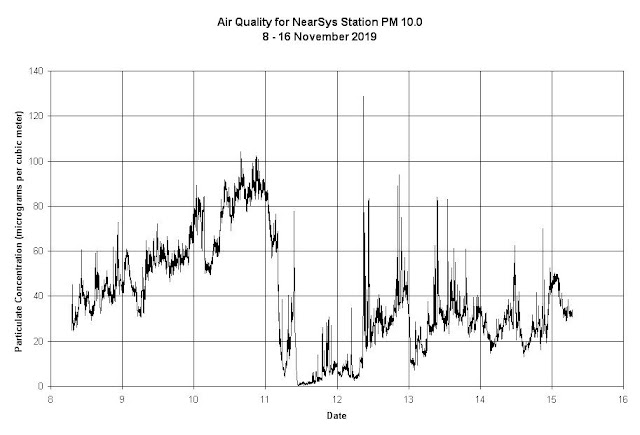 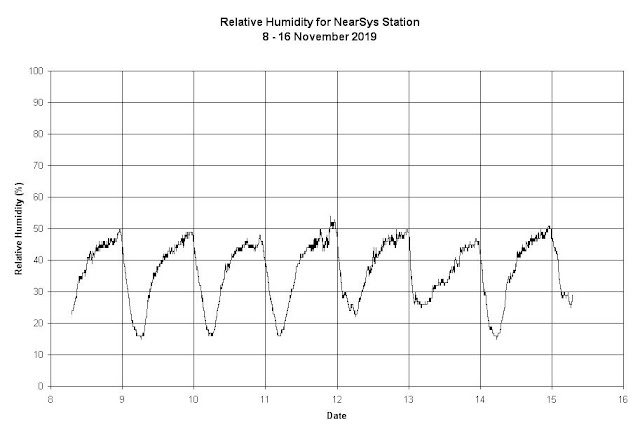 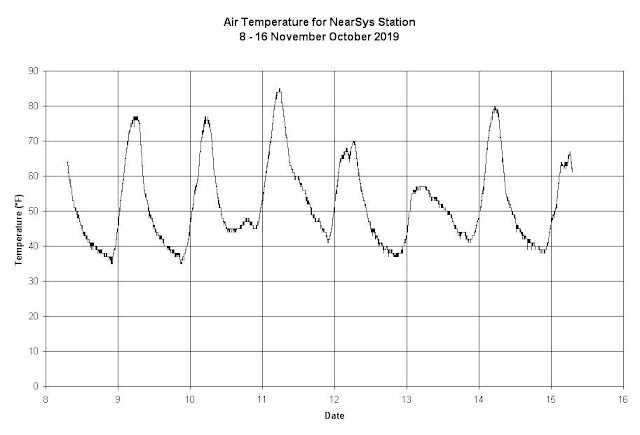 I thought I'd measure my body function during sleep. So I got a recording Oximeter (similar to this one) to record dissolved oxygen in my blood and pulse rate plus a respiration sensor from Vernier (this one).

I found out that when your pulse rate quickly fluctuates during the night, you're most likely in REM sleep. So looking at the red line, I see what I think are three or four instances of REM sleep.

Oxygen levels appear to remain high but seem to fluctuate the most during REM sleep. However, the amount of fluctuation is not as great as that seen in pulse rate.

The respiration belt saves data to an app on my cellphone via Bluetooth, but the cellphone can't run the app all night without locking up. I will test running the app on a laptop next time to see if I can record data all night. However, from the nearly four hours of data that I can record, I can see a correlation between respiration rate and heart rate. I imagine that your heart needs more oxygen when you dream.

I think I'll try adding a temperature logger next. However, I'll need to find a way to attach it without my rolling over effecting the reading. So perhaps to the top of my head? 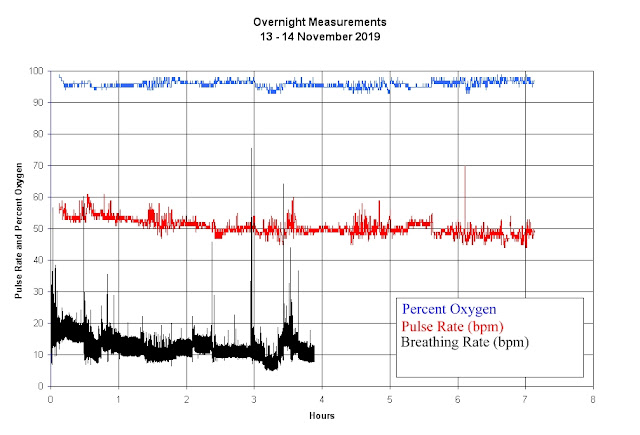 Posted by NearSys LLC at 7:53 AM No comments:

A warmer air mass has moved in. Notice the temperature is warmer at the end of the recording period than at the beginning. The relative humidity is lower, also. 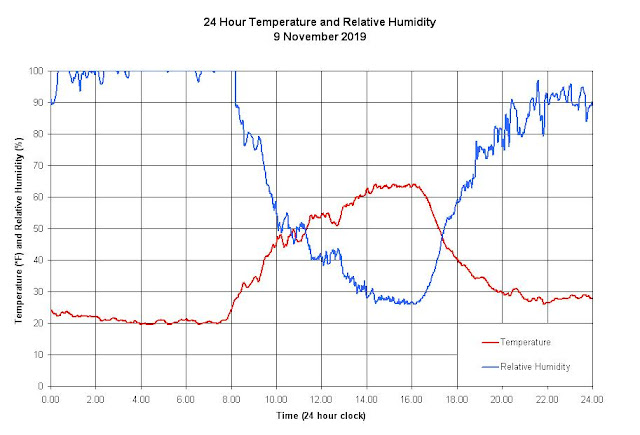 Posted by NearSys LLC at 5:52 PM No comments:

It has been a hazy week. The visibility is poor, but the inversion isn't so high that sunlight can't reach the ground. 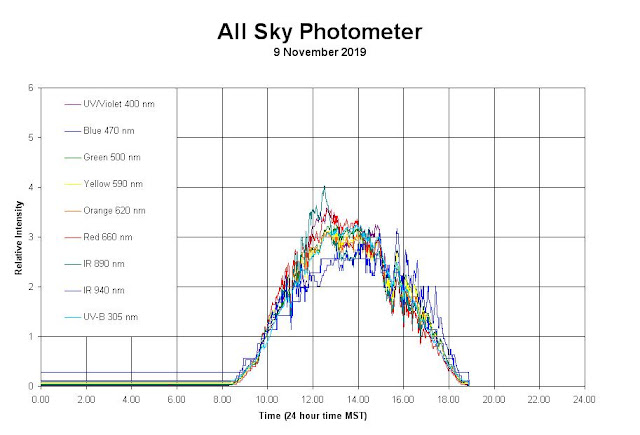 Posted by NearSys LLC at 7:46 PM No comments:

The visibility is very poor. It might be no greater than 10 miles. The UAVSonde hasn't returned images this poor all year.

Our air quality has been bad this week. A high pressure system has created a temperature inversion and is holding in all the smoke and haze over the western Treasure Valley in Idaho.

The concentration of PM 1.0 is acceptable, but 2.5 and 10.0 is in the yellow and red categories. I hope a cold front will come through before long and scour out the valley. Meanwhile, sunsets will continue to be hazy orange. 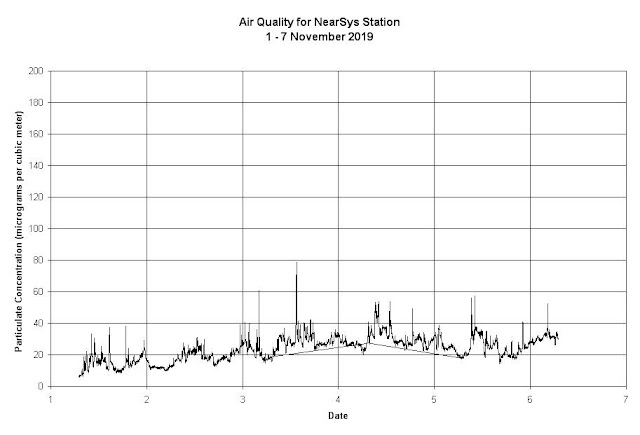 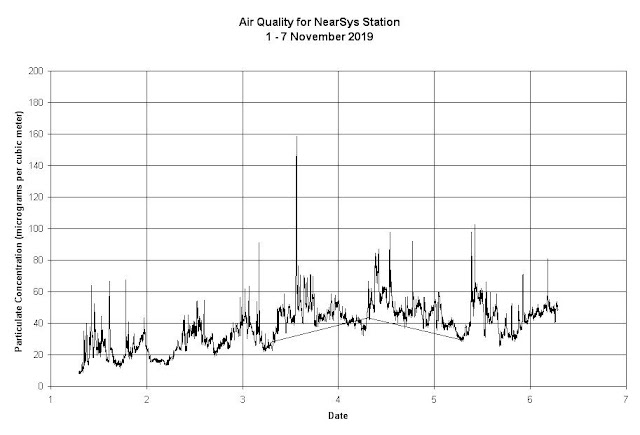 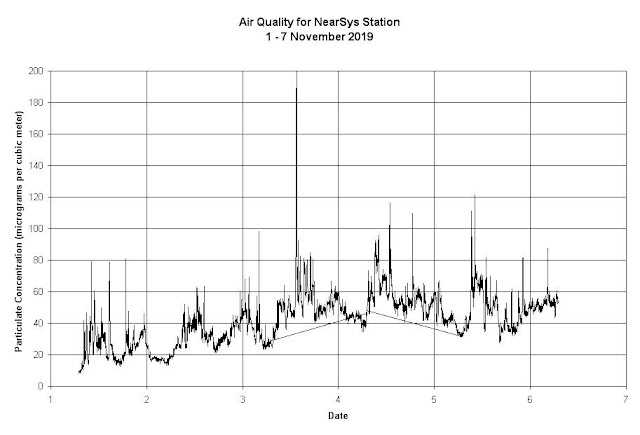 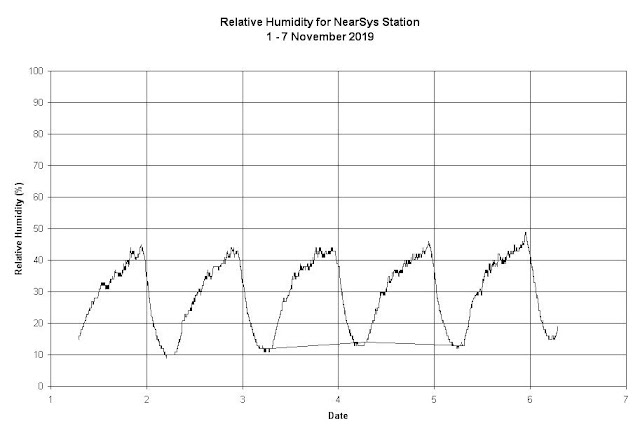 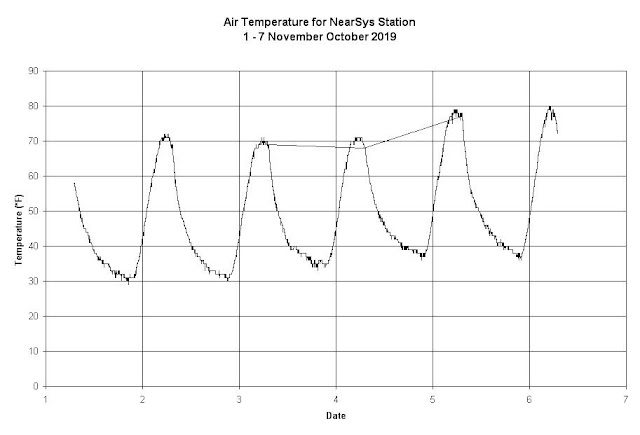 Looking at the chart below, I see that warmer and drier air moved in over the 24 hour period. The temperature is warmer after 24 hours. Also, the relative humidity is lower for the same air temperature.

That's nice, as we've had below average temperatures for the last part of October. 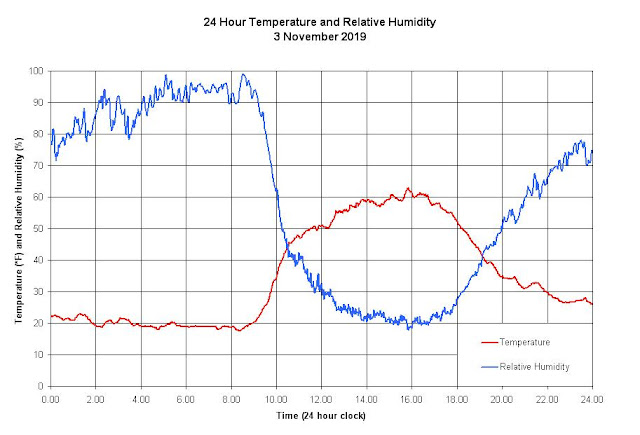 Posted by NearSys LLC at 7:06 PM No comments:

A hazy day. However, the sun never disappeared behind any clouds. 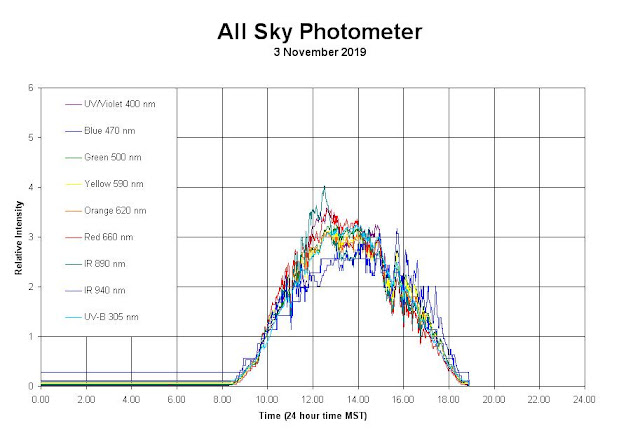 Posted by NearSys LLC at 6:24 PM No comments:

Finally a light-wind weekend. I was able to launch the drone early this afternoon and see how bad the visibility is. We're under high pressure and it appears to be holding in all the smoke and haze. The images below show the visibility is only on the order to 30 miles.

Posted by NearSys LLC at 6:22 PM No comments: