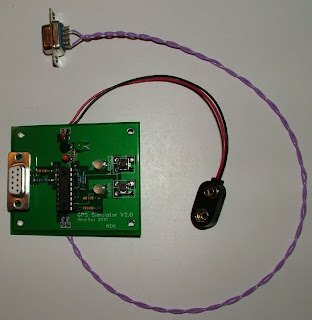 Posted by NearSys LLC at 7:33 AM No comments:

I've started testing on a new near space flight computer, the NearSpace Easy. It operates with a BASIC Stamp 2pe and shares the GPS data stream in parallel with a Tiny Trak 3. The Easy digitizes up to eight channels of analog data with a resolution of 12 bits. In addition, there are six digital ports and three servo ports.

A male DB-9 on the PCB is the GPS port. It provides power over pin 4 to the GPS as soon as it's plugged in. The GPS receivers NearSys will start selling are designed to interface to this flight computer (and the NearSpace UltraLight).

The NearSpace Easy can record up to 30 kb of data. In addition, USB jump drive adapters are sold for the BASIC Stamp that allow the storage of even greater amounts of data.

Not shown is the antenna. An antenna kit is part of the NearSpace Easy. It's a 2m dipole on the end of an RG-174 coax.

The NearSpace Easy is literally a plug and play near space flight computer. You'll need to select you battery (use a rechargeable lithium) and battery plug, but otherwise, just plug in the antenna and GPS and you're ready for a near space mission. 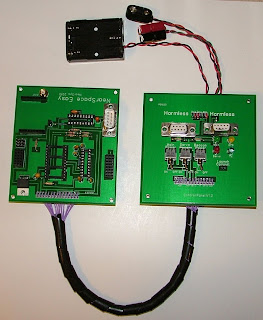 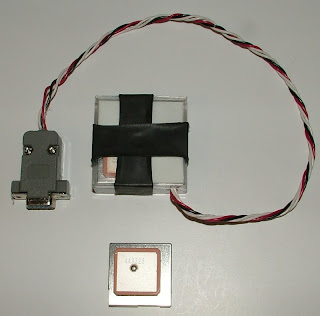 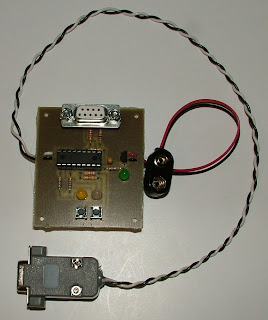 Posted by NearSys LLC at 7:02 AM No comments: