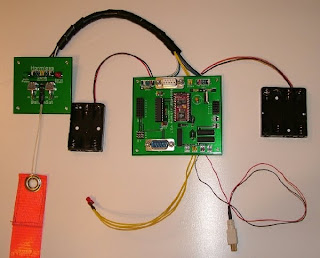 NearSys introduces the BalloonSat Extreme. This is one of the largest BalloonSat flight computers. At its heart is the BASIC Stamp 2 (the BS2pe is recommended), so it is powerful and easy to program.

The entire kit is only $48. Check it out and its directions and sample code at, http://nearsys.com/catalog/balloonsat/extreme.htm
Posted by NearSys LLC at 7:01 PM No comments: