All sky photometer data was collected starting at 6:00 AM. Below is a chart of the collected data. The spikes seem in the red data are not as strong as last week. I will probably rotate the Photometer to see if the pattern persists. 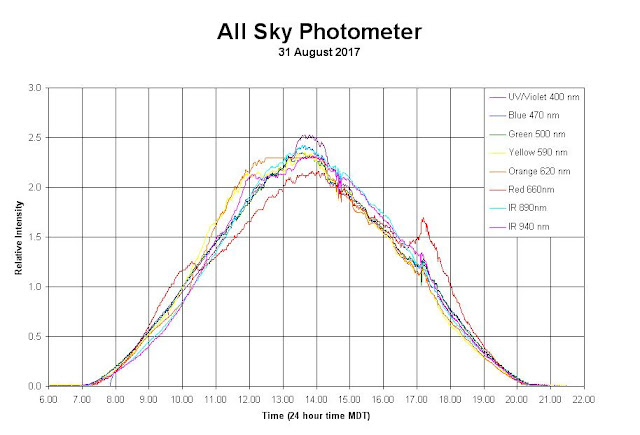 Posted by NearSys LLC at 8:26 PM No comments:

Compare this to Earth with a diameter of 7918 miles. Posted by NearSys LLC at 7:04 PM No comments:

Based on UAVSonde images, the visibility is estimated to to be 15 miles.

The smoke lifted yesterday, but has returned today. Otherwise, there are no clouds.

I'm interested in making these measurements again once the smoke has left the valley,
Posted by NearSys LLC at 6:07 PM No comments:

UAVSonde were collected at 4:30 PM. Here are the data.

So for the next several weeks, I'll photograph the sky (and any clouds and their height) and get a thermal image. This should be done at the same time, I would think. However, the sun's position changes from day to day. So perhaps this measurement should be done when the sun is at the same elevation.

Here's my first attempt to gather this data. Let's see where it goes.

Posted by NearSys LLC at 5:45 PM No comments:

I am going to investigate making weekly sunspot counts using a Sunspotter telescope and a cell phone camera. I want to find a procedure using Fiji image analyzing software to increase contrast of the image and count the number of sunspots.

Here's the first image. Unfortunately I haven't been able to design a procedure to detect and count sunspots yet. I expect the procedure will involve thresholding the solar image.

Photometer data was collected on the 26th starting at 6:00 AM. Below is the chart created by the data collected.

UAVSonde Data were collected at 11:30 AM. Here are the data.

Visibility is estimated to be around 30 miles based on the ability to just see the base of the Owyhee Mountains to the south. The order of the UAVSonde images are east, north, south, and west. 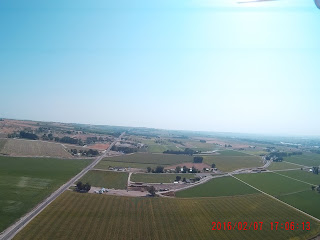 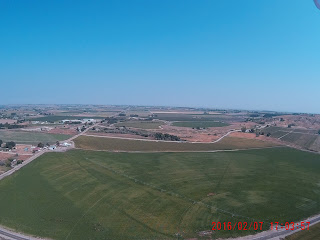 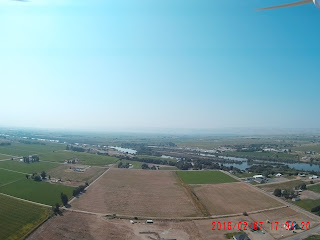 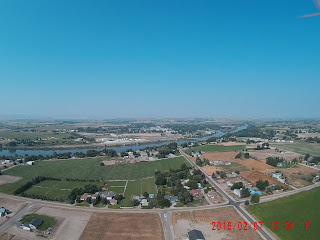 Posted by NearSys LLC at 6:33 PM No comments:

What an event! And what a lot of data! I'm still waiting for dataloggers I sent to Texas, so there'll be more to report on by next week. But here's a first stab.

The solar telescope I brought made it safe for the families flying in to observe the progress of the eclipse. I was quite surprised by how active the sun was on the 21st. That's a good sign that the solar corona will be anything but small and symmetrical around the sun.

It was easy to round up volunteers for the balloon filling and launch. Since the launch took place at an airport, we had to be scheduled for take off like the airplanes and jets at the airport.

Several changes were noticeable as totality approached. For one, every where you could find a pinhole, you would see a crescent sun. Shadows changed in appearance, also.


Shortly after totality ended, Rachel and I headed out on the chase. The balloon reached 90,496 feet before burst and landed 23 miles away from the Ontario Near Space Port.

APRS position reports from the balloon  trackers where received throughout the flight with no drop outs. The same couldn't be said for Internet service over smart phone. That left us without an adequate map to find a convenient route to drive to the near spacecraft. So we had to drive home and regroup. Fortunately, Internet service at home is good and I as able to discover the nearest road was actually only 1,000 feet away from the near spacecraft. So I drove 16 miles back to the recovery site to get my stuff back.

This was probably the most difficult extraction I've ever encountered. The mountain was steep in many places and filled with scree. At times it was one step forward and two steps back. Or pick yourself up and fall over again. The extraction process took over two hours on account of the difficult terrain and that fact that only one person was hauling out the equipment.

I'm going through a lot of data now, but you can expect more reports on this near space flight soon. There were some surprises in the results and a few lessons learned. I hope to apply those to the next total solar eclipse in 2024. Meanwhile, it's time to prepare presentations and at least one article.

Onwards and upwards
Posted by NearSys LLC at 9:23 AM No comments:

Based on UAVSonde data, the visibility at NearSys Station is estimated to be greater than 50 miles. This afternoon, the Boise Mountains west of NearSys Station were visible.

Posted by NearSys LLC at 6:35 PM No comments:

UAVSonde data were collected at 5:30 PM MDT. Here are the data.

Based on UAVSonde images, the visibility at NearSys Station is estimated to be around 15 miles. This morning, the north face of the closest Owyhees were visible. This is definite improvement from last week.

As the smoke clears out, I will learn how to estimate visibility better.

Posted by NearSys LLC at 1:18 PM No comments:

UAVSonde data was collected at 10:15 AM. Here are the data.

I'm going to try and record potometer data for the sky for an entire day light, andI hope to do this on a weekly basis.

For my first set of data, I have compared a smokey and cloudy day to a smokey and sunny day. Eventually I will standardize the reports and add ultraviolet data.

Smoke in the Treasure Valley

I've sent my drone up 400 feet to get a view of how bad the smoke filling the valley looks. From the picture below, I would estimate our visibility is down to 10 miles. What a shame, normally we can see the mountains over 30 miles away.
Next, I need to see if there's more science I can do from up here.
Posted by NearSys LLC at 3:14 PM No comments:

UAVSonde Data were collected at 9:00 PM. Here are the data.

The Treasure Valley was very smoky during the UAVSonde flight, so I have to wonder what it is doing to the weather sensor readings.

Posted by NearSys LLC at 6:27 AM No comments:

There was no precipitation this month, just heat. Several days of data are missing due to travels. Otherwise, you can see our high temperatures where flirting with the triple digits. August is starting off on a strong and hot footing. 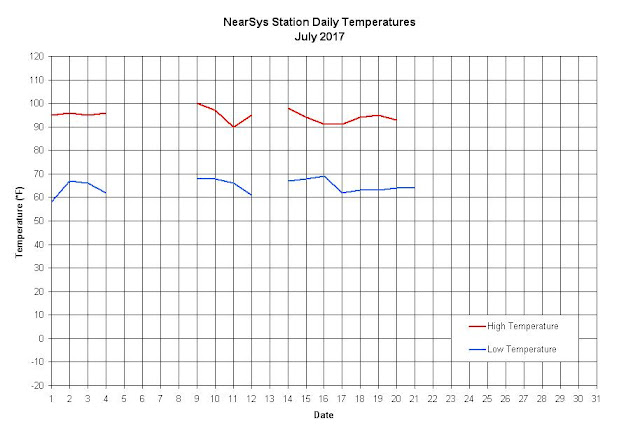 Posted by NearSys LLC at 8:26 AM No comments: