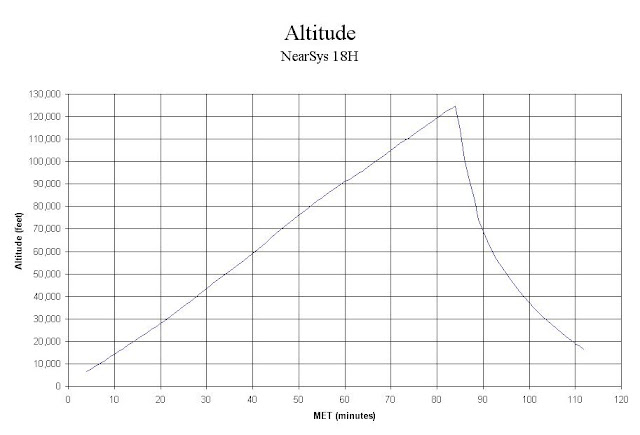 The recovery site was the Swan Falls road south of Kuna, ID. And I mean it was the road. Since it was several hours before we tried to recover the payload, it had been found by a passing stranger and removed.

The near spacecraft carries two contact phone numbers and at this time, there have been no phone calls. Chase teams made up of S3 Systems, PENS, MOHAB, and NearSys thouroghly searched the area and found no signs of the payload.

Currently missing is a yellow parachute, two tracking modules ( KD0MEQ-11 and KD4STH-9), one near infrared camera, two visible light cameras, a Geiger counter, and a set of temperature sensors.

It's only been a few days and I am still hopeful we will receive a phone call from the party recovering the near spacecraft.
Posted by NearSys LLC at 6:34 AM