As expected, the air temperature peaked at the end of July and beginning of August (The Dog Days). NearSys Station experienced three heat waves, one at the end of January, a second at the end of October, and a third in mid-December. The relative humidity was its lowest during the hottest time of the year, but none of that data was collected during the winter to get a complete picture. We had 6.5 inches of rain and 4.7 inches of snow. That is a lower than average amount of precip. There was no precip during July, August, and September. The ground temperature followed the trends in the air temperature, but with a delay. 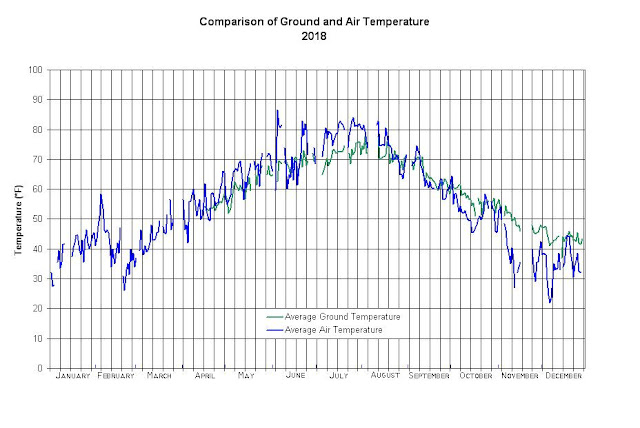 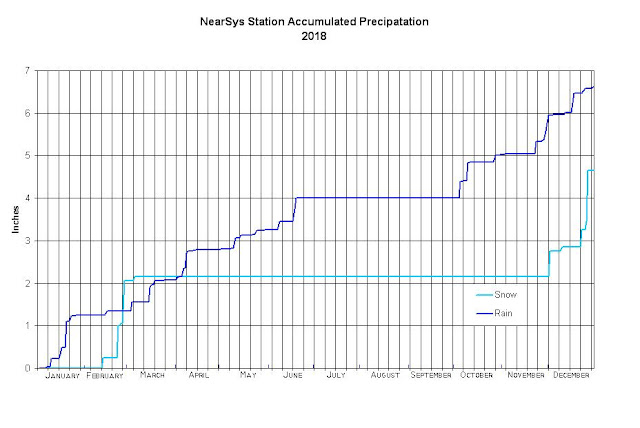 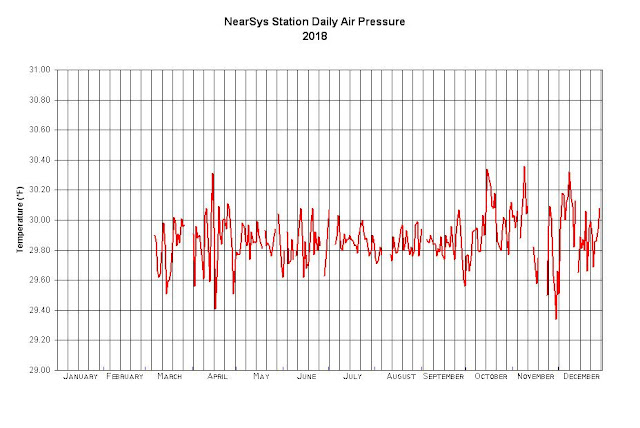 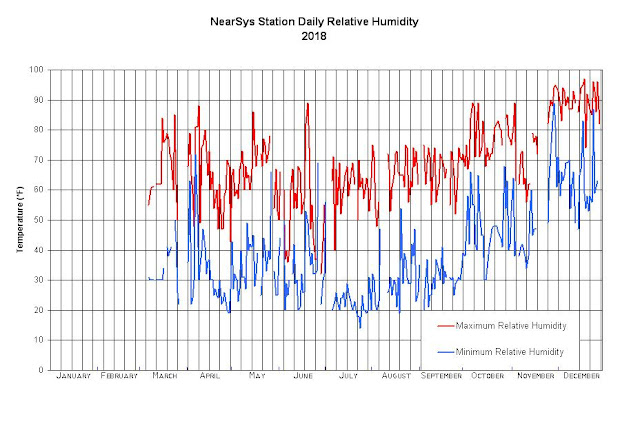 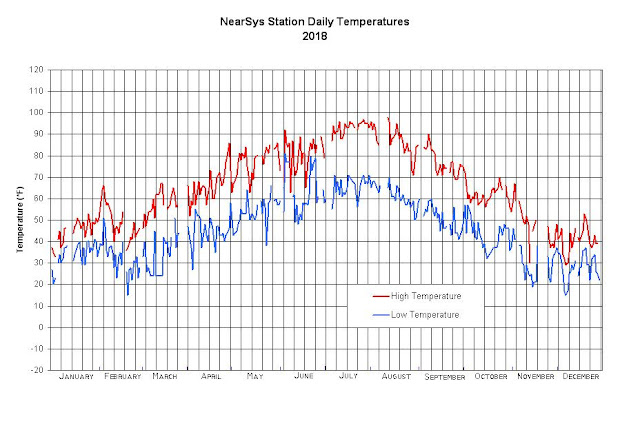