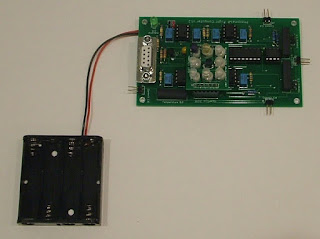 The new NearSys flight computer has one primary mission, recording light intensity in eight spectral bands. The bands are defined by the eight LEDs included in the kit. The LEDs span the range from near ultraviolet to infrared.

LEDs work as villagers because not only emit specific colors, they also emit current when exposed to the color of light that they emit.

Here's an example of the data that the BalloonSat Photometer collects. The lag between the 940 nm and 890 nm spectral data indicates the presence of water vapor in the cloud that blocked light between 10:50 and 11:30 AM. 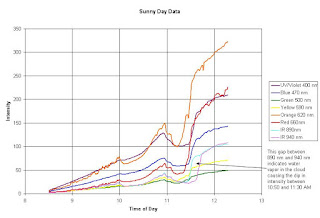 The BalloonSat Photometer measures and records eight spectral bands and operates two cameras. With 128 kbits of memory, it will record light intensity data all day.