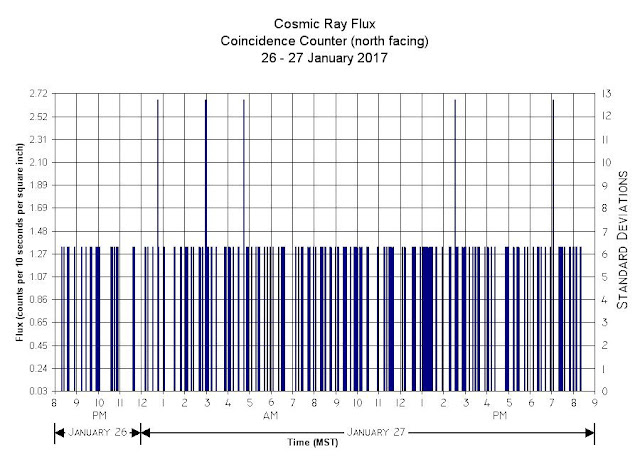 During the last 24 hours, the geiger counters were turned to face North. Only radiation traveling horizontally from the North or south could trigger the coincidence counter. And boy what a difference that made.

Below is a table of the count and their standard deviations.