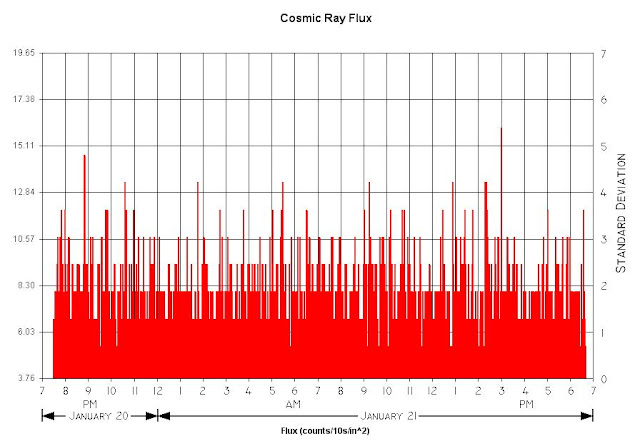 The incidents exceeding each standard deviation is listed below.

Something to make clear is that the Cosmic Ray Monitoring Station is counting the number of particles passing through the tube per 10 seconds. So a high count indicates a shower of particles from a cosmic ray.

Next experiment is to add a coincident counter between two RM-60 geiger counters and then only count the times both counters detect a cosmic ray. That gives the Cosmic Ray Monitoring Station the ability to detect the direction of flight of the cosmic ray. When complete, there will be less background noise. Then counting incidents for two or more geiger counters. Stay tuned.